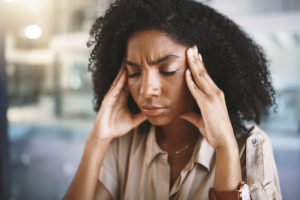 According to a 2021 Diversity Report, Black women are less likely to be hired in government than white men.

This new research from Govermentjobs.com analyzed over 17 million applications in 2018 and 2019. The data shows disparities throughout the hiring process, leading to qualified Black women being 58% less likely to be hired for a government job.

Despite educational achievements, workplace diversity continues to be an issue.

The Limited Number of Black Women Hired in Government

The 2021 Diversity in Public Sector Hiring Report shows that people of color are represented in government. However, the process to get from interview to employment is not straightforward.

Although 28% of applications are sourced from Black candidates, only 18% of Black people are actually hired into the public sector. This means that Black candidates have to continuously apply at high rates in order to maintain their representation in the workplace. On the other hand, White candidates are always hired above their application percentage.

The most significant drop-offs during the recruitment process happen before job interviews take place. Qualified Black women were 39% less likely to receive an interview than their White male counterparts.

The Diversity Report identifies inequities throughout the recruitment process by ethnicity, race, and gender. Based on the data, it is clear that government agencies need to do more to create equitable hiring practices.

Fortunately, the report offers recommendations to decrease the hiring biases in the public sector. First, hiding personally identifiable information on applications could help the hiring party make equitable decisions. Removing personal information such as name, race, address, school, and email address can lead to better outcomes. An analysis showed that Black women were 26% more likely to receive an interview when the hiring party removed personal identifiers from the application.

Instead of personal identifiers, companies could use a scoring rubric to help reduce unconscious bias. The Diversity Report finds that Black female candidates were 21% more likely to be hired when there were scoring standards in place. A standardized scoring method with explanations for each score has proven to be a better way to assess applicants.