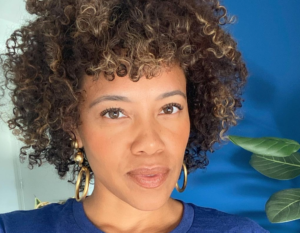 Danielle Leslie has produced million-dollar course creators by showing others how to turn their superpower into sales.

But her own path to millions didn’t manifest overnight. It was prompted by an unexpected layoff that propelled her to new levels.

In 2015, Leslie was given the infamous pink slip while working at a startup. She was on the verge of applying for other marketing positions when she received requests to help those in her network launch courses. During the first 30 days of being laid off, she earned $10,000. Before she knew it, event invitations led to more opportunities. Eventually, she created what is now known as “Course from Scratch”, earning over $1 million in less than two years.

“Know the power of your unique story,” Leslie shared during a podcast interview. “I think that is the reason why I was able to grow this quickly. I tapped into who I am and who I appeal to. Embracing whatever your difference is will take you so far.”

Leslie Goes From Employee to Course from Scratch

Going from employee to full-time entrepreneur is quite a shift — especially when you don’t plan for it.

Leslie was always interested in marketing and brand strategy. She spent time hosting events and doing webinars to teach people how to own their digital presence. When she reached a ceiling in her endeavors, she joined Udemy to “level up”.

At Udemy, Leslie helped online course creators acquire more customers and generate more income. That’s when she realized that you don’t necessarily need an audience to be successful. She also noticed that you can create a course on any topic and be successful if you had the right strategy. She eventually transitioned to another startup and was laid off in 2015.

That’s when Leslie leveraged her background in startups to help others launch their first course. In July 2016, she did a webinar and presold the first version of her course. She made $8,000 in 7 days — without having a completed course! Her thought process was “if people would buy it, then she would build it.” For the next few weeks, she started creating her course in real-time and leveraged the power of social media ads to spread the word. By the end of her 8-week program, her first full course was created and available online.

Leslie started doing weekly webinars, more Facebook ads and working with coaches to expand her impact. In 2017, she earned $85,000. Leslie quickly went from five figures to seven figures from her course, earning $2.5 million in 2018 and over $4 million in 2019.

Leslie quickly learned that having a course would allow her to impact the masses instead of one person at a time. Leslie targeted first-time course creators who wanted to launch with little or no tech.

Since launching her first course, her revenue has grown exponentially. In 2020, Leslie announced that her course generated over $4 million.

“My first $1M was about Freedom—freeing myself,” says Leslie in an Instagram post. “Passing $10M is about Legacy—freeing others.”

Leslie attributes much of her success to her ability to focus on one product. Although she wanted to dabble into other ventures, she stayed focused and remained consistent.

To other entrepreneurs who are looking to scale, Leslie shares that it’s important to keep going and stay focused on one idea. “Focus and keep tracking your progress so that you know that you are growing.”